Economic recovery as explained by Ratt: Round and round -- what comes around, goes around. I don't know why.

Writing as explained by Bob Seger: There I am up on the stage. Here I go, playing star again. There I go. Turn the page.

International views of America explained by Nirvana: Take a step out of the country, and you turn around. Take a look at what you are. It is amazing.

The universe explained by Bonnie Tyler: Turn around, every now and then, I know there's no one in the universe as magical and wondrous as you."
Music Associations: Ratt - Round and Round, Bob Seger - Turn The Page, Nirvana - Turnaround, & Bonnie Tyler - Total Eclipse of the Heart

The Federal Communications Commission (FCC) heard too many complaints about loud commercials last year, so they took a vote. (They vote?!?) And they unanimously decided that commercials must be at the same audio level as the rest of the audio program. Congress passed the Commercial Advertisement Loudness Mitigation (CALM) Act, the President signed it, and it will go into effect on December 13, 2012. 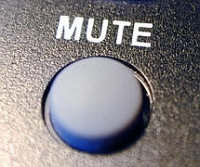 What will we do until then?
The FCC recommends manual control of volume levels to reduce excessive loudness using a My Usual Tonal Equilibrium (MUTE) button. A survey has found the MUTE button missing from the manufacture of most radios.

The Loophole
The FCC neglected to vote (snicker, snicker) about commercial visuals being larger than the programs. The Consumer Electronics show in Las Vegas had an unscheduled lunchtime conference about expanding images beyond the television frame for commercial advertising to compensate for lost audio volumes. 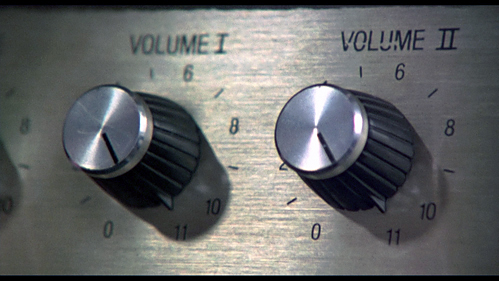 This week's Consumer Electronics show in Las Vegas features a voice-activated TV. The TV turns on by greeting it, "Hi TV." Channels can be changed by flailing your arms around like an idiot.

One of my favorite Christmas presents was a Kill-A-Watt EZ. Plug it in and plug something else into it. It will display the wattage the device is drawing whether the device is on or off. Punch in the cost of your power from your power bill, and it will tell you how much it costs to have the device plugged in-but-off per week, month, or year.

It is very straightforward and easy to use.

Another thing on the TV drawing board are TV's made from organic LEDs, which have the advantage -- I kid you not* -- of making the TVs have to be replaced more often.

How do they do it?!? That is exactly what I wanted -- disposable TVs! I can't wait.

Music Associations: Robert Palmer - I Didn't Mean To Turn You On & Genesis - Turn It On Again
* Okay, I kid you, just not this time.


Going the Way of Newspapers 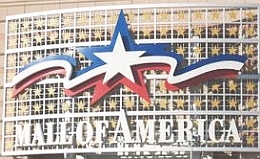 The tests to determine dinosaur-status are once again being used to determine the prehistoricalness of a cultural mainstay, as we turn our attention to the shopping mall.

The shopping malls have been around since hunter-gatherers first over hunted or over gathered. The surplus of stuff was put on display for others to admire and purchase. The modern full-enclosed shopping mall was born on a former gravel pit in snowy Edina, Minnesota in 1956, giving rise to the mega Mall of America in 1992 in neighboring Bloomington, Minnesota. Yesterday, one of MoA's four anchoring department stores, Bloomingdale's, began its closing sale.

Large
Shopping Malls are certainly big and lumbering. The Mall of America has its own weather.

Fierce
Fights between competing brands and competing consumers break out all the time. Young people got into a fight at one of the Mall of America food courts on December 26th, which took police over an hour to quell.

But largeness and fierceness does not make something a dinosaur. The Internet is large and not always peaceful, but without that dinosaur smell.

This morning, I was eating a basketball-sized grapefruit (no dunking, some dribbling) and reading the iTunes top album charts. Adele's 21 is tops for the US, UK, France, Germany, Belgium, Canada, Greece, Ireland, Norway, Portugal... but number 7 for Italy and Japan. Hmmm... That got me thinking about cultural differences, the differences of iTunes vs. physical CDs (I bought a 21 CD for a Christmas gift), and the Billboard 200 albums (Adele's 21 was at the top).

I started thinking too much about the charts (this was where the dribbling began) and how One by The Beatles was number 2 in Japan and the calculations of music charts and what the charts really mean. My grapefruit became Venn diagrams and flowcharts.

Music Associations: Adele - Someone Like You; Beatles - Hey Jude, I am the Walrus, All You Need Is Love; Prince - When Doves Cry; Bonnie Tyler - Total Eclipse of the Heart; Steve Miller - Joker; & Devo - Whip It

I didn't have anything nice to say about the news that the Arizona Humane Society killed a kitten that had been left with them for an hour. Of course they did that. That is what they do. They kill healthy animals -- animals that defend themselves -- animals that might scratch or bite. Mangled or blind pets live (they won't scratch or bite). Healthy looking pets die.

I'm using the news as an excuse to post cute pet pictures. 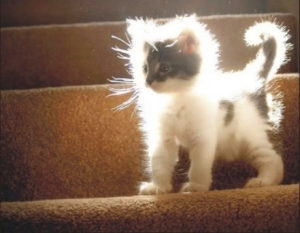 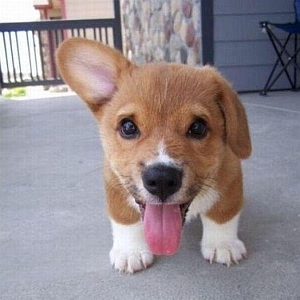 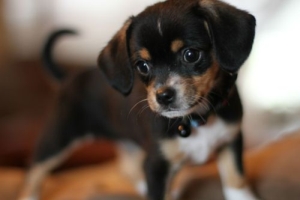 On New Year's Eve, my top hat got wet in the rain -- rain that turned to snow before 11pm. It was a weird way to end a dry year.

Meanwhile, two feet of rain has hit southern Thailand over the past two days, causing flooding and mudslides. 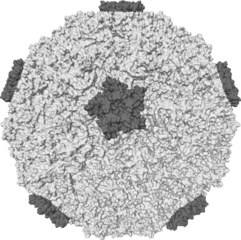 What do the common cold, the flu, AIDS, chickenpox, swine flu (H1N1), and polio have in common?

They are all viruses.

Modern medicine has handled many bacterial illnesses but hasn't done as well for viruses, until now.

MIT's lab coat people have a lead on an answer -- the Double-stranded RNA (dsRNA) Activated Caspase Oligomerizer (DRACO). DRACO identifies cells that have been infected by any type of virus and kills those cells to terminate the infection.

DRACO is a step in the right direction.
Music Association: Five For Fighting - Dying Cartoon Association: Bedtime for Sniffles

Oh yeah, and it's the end of time. Right.

The People's Almanac by David Wallechinsky and Irving Wallace, published in 1975, started with a list of past predictions (right and wrong) and "future" predictions.

I don't want to alarm you, but according to many psychics of the 1970s, you died a long time ago. Sorry.


► Jeane Dixon said the Russians would have started a nuclear war in 1999 that would rain a nuclear holocaust on the United States and Europe, only to be stopped by God.

► Criswell said that the world would end on August 18, 1999 from the magnetic disturbance of a black rainbow that hurtled the Earth into the Sun.

► David Bubar said that American and Russian scientists would invent a device that would make people invisible. How could he possibly see that happening?

It's funny how this list of excerpts from The People's Almanac left out all these great predictions.