The noisy intensive care area is down the hall.


I have my own, unique way of exaggerating jazz-legend Louis Armstrong singing What A Wonderful World.

He stretches certain words. I stretch them more. He emphasizes many of those same words. I get louder still.

There are other words that are more crisp. And some almost whispered.

You have to understand that the trumpet and cornet master sung from the back of his mouth.

Breathe out like you are trying to steam up a glass window two feet away. Now try to say “I” at the same time. That's the way Satchmo would sing the first “I” of Wonderful World. It's as if he were gearing up to play a horn.

Here, for the first time on the Internet, are the actual lyrics and actual intonations to What A Wonderful World.

The colors of the rainbow
so pretty in the sky
Are also on the faces
of people going by
I see friends shaking hands
saying how do you do
They're really saying
I... love... you 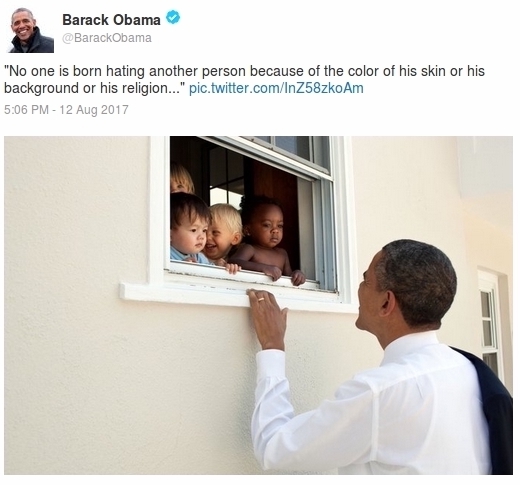 No one is born hating another person because of skin color or background or religion. 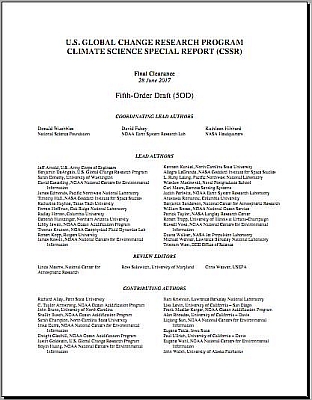 A recent United States report has detailed impacts of climate change -- floods, droughts, extreme storms, and rising sea levels, threatening national security. The U.S. Global Change Research Program Climate Science Special Report (pdf) by scientists from 13 federal agencies is part of the National Climate Assessment, which is congressionally mandated every four years. The report awaits action from the Trump administration, currently on vacation. Trump has repeatedly questioned the reality of climate change and has downplayed its projected negative impacts. He has also staffed his cabinet with officials who have equivocated on whether recent climate change is human-caused (it is) and have denied that carbon dioxide acts as the “primary control knob” for Earth’s temperature (it does).

Reminiscent of multi-state tobacco lawsuits, three coastal California communities have filed a lawsuit against 37 “carbon majors” including Shell, Exxon, and Chevron. According to the complaint, the defendants “have known for nearly 50 years that greenhouse gas pollution from their fossil fuel products has a significant impact on the Earth’s climate and sea levels.” Rather than working to reduce impacts, the complaint claims the companies engaged in a “co-ordinated, multi-front effort to conceal and deny their knowledge of these threats.”

The attorneys general of Massachusetts and New York have been investigating Exxon over what it told investors about the impacts of fossil fuels on the climate. Those investigations followed two separate investigative series in 2015, first by InsideClimate News and then the Columbia University School of Journalism and Los Angeles Times, into the cutting-edge research on climate change conducted by Exxon as far back as the 1970s and later industry efforts to cast doubt on the science and to delay efforts to cut emissions.

The Climate of Russian Collusion
The special counsel investigating Russian interference in the 2016 US election is using two sitting grand juries, one in Virginia and one in the District of Columbia, to issue subpoenas and ultimately indictments.

Trump's real estate business has a history of laundering Russian crime money, according to an investigation last month by Craig Unger for the New Republic. From as early as 1984, Trump received money “pouring in from Russia.”


There are degrees of climate change in everything humans do (here's the scale). Even having pets contributes to climate change, but pets and pet foods are not all alike.

Cats and dogs generally contribute more greenhouse gases -- through the food they are fed, excrement, and transportation -- than guppies or hamsters.

A study published yesterday by Gregory Orkin at UCLA, Environmental Impacts of Food Consumption by Dogs and Cats, takes a first, small step at evaluating the environmental impact of animal products in pet food.

As a first step, the study hits the main greenhouse gas impacts of pet food, while stumbling into a questionable theory:  “... there is an increasing trend in the 'humanization' of pets and pet products. As a possible consequence, there is a trend toward increasing meat quantity and quality in pet foods, which results in further increases in consumption of animal products by pets. There is evidence that this trend may continue as younger people are more likely to purchase premium pet food that includes more desirable cuts of meat.” That last part cites a 2014 article in the Journal of Food Products Marketing.

What the UCLA study misses are the variety of meats thrown in pet foods and the wide range of greenhouse gases from each meat source (lamb and beef release double the greenhouse gases of fish, turkey, and chicken).

Dogs can be vegetarians. Cats can't. Cats specifically need the amino acid, taurine, not found in plants. Feline taurine deficiency can cause blindness, deafness, heart failure, resorptions, abortions, and birth defects. Which begs the question, which meats are the best sources of taurine? 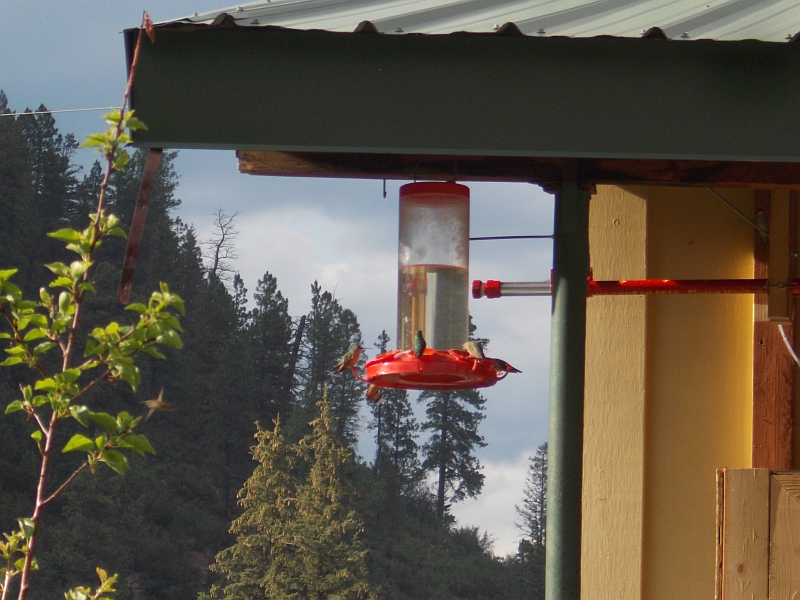 Sunlight fades and shadows fall, as the sun sets behind the pine mountains. There's still time to get back to Pecos, back on the interstate, get back to Santa Fe, and discover the best Santa Fe spot for viewing sunsets at Cross Of The Martyr park. 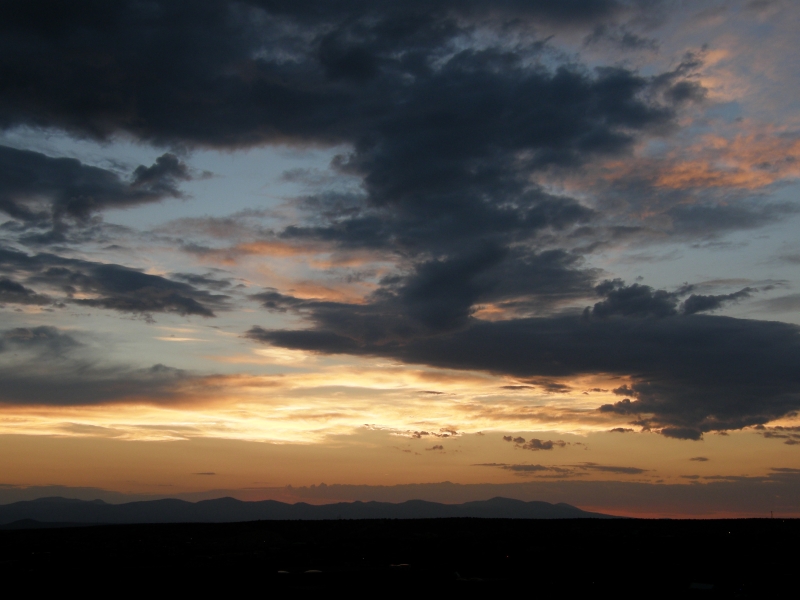 Music Association: David Cassidy - Point Me in the Direction of Albuquerque

When I think of cashew chicken, I think of a couple who allowed me in their home when I was between homes.

Her husband Maurice was an author, a philosopher, a painter, a math teacher. He was the summit of kindness, decency, and the art of conversation: thoughtful listening and thoughtful talking. Dinner with them taught me the art of their conversation. It wasn't about individual people or material things. It was about ways of seeing things, psychologies, and puns.

Conversational punning with wide participation were great moments of my life.

I am awed by their lives and have an emptiness by their absence.

The only real rule of cashew chicken is that it should have chicken and... cashews. 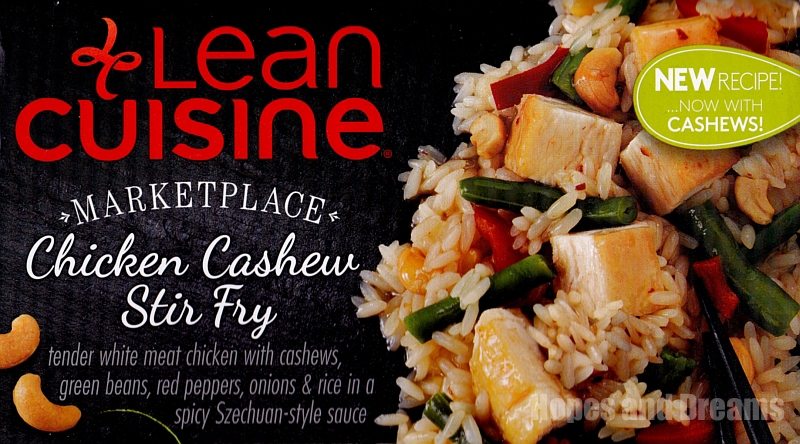 Here's a picture of the Lean Cuisine - Cashew Chicken box with text in a green spoon shape saying, “New Recipe! ... Now With Cashews!”

I wonder what they used for cashews in their cashew chicken before they added cashews?

Cooking should be initially learned through following recipes. After that, cooking should be modifying and substituting and embellishing and wowing. Peanuts are an easy substitute for cashews. But if you are a chef at Nestlé's Lean Cuisine, the name of your product should match the ingredients -- cashew chicken should have cashews.* Anything else is food fraud.

Music Association: Shakira - Hips Don't Lie
* And Chicken Surprise should have a real surprise in it.


“The FCC wants to destroy net neutrality and give big cable companies control over what we see and do online. If they get their way, they’ll allow widespread throttling, blocking, censorship, and extra fees. Today, the Internet will come together to stop them.”

It's like having a self-driving car but not having control over where or how fast it can go.

Except under the control of the ISPs (Comcast, AT&T, Verizon...), you won't be able to see what you are missing.
Music Association: The Beatles - Come Together


“If it's what you say, I love it.”
- Response by Donald Trump Jr. after the Russian's baited him with promises of damaging information on Hillary Clinton.