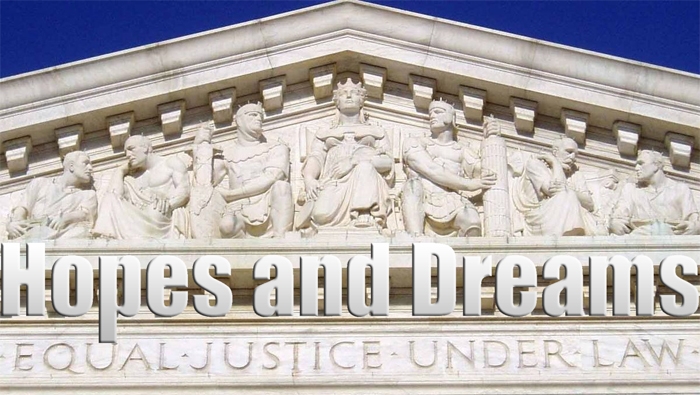 
The Past Is The Past by Matt Bors 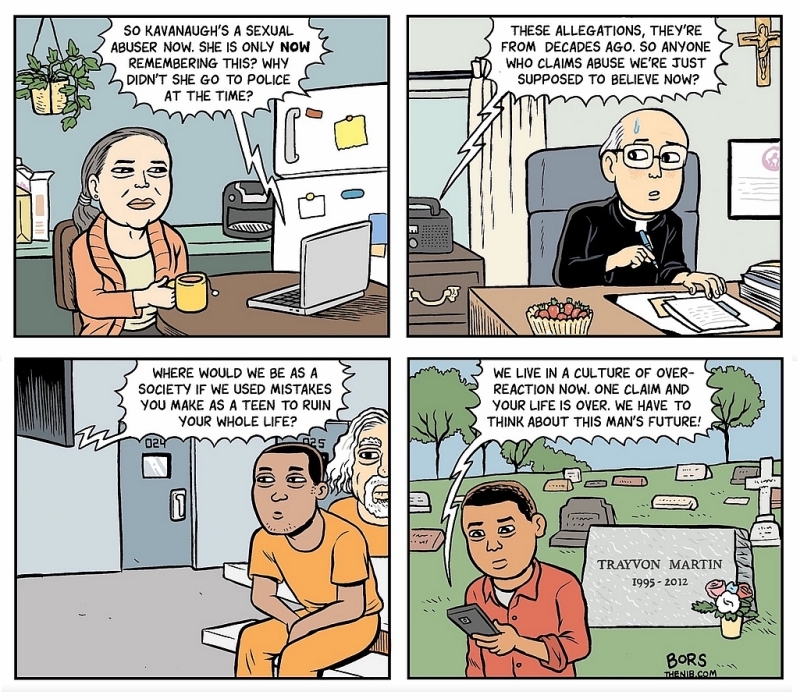 When I hear people talk in generalizations, I check what they say against other perspectives. The Past Is The Past by Matt Bors (from September 26th) illustrates the perspective check beautifully by showing people with a different take on the pronouncements defending Brett Kavanaugh with obliviously wide generalizations.

Some generalizations are worth repeating:
Do toward others as you would have others do toward you.
Innocent until proven guilty.
and in this sort of situation, that for every person who comes forward about sexual assault, there are one or two who do not.
Music Association: Avril Lavigne - Complicated 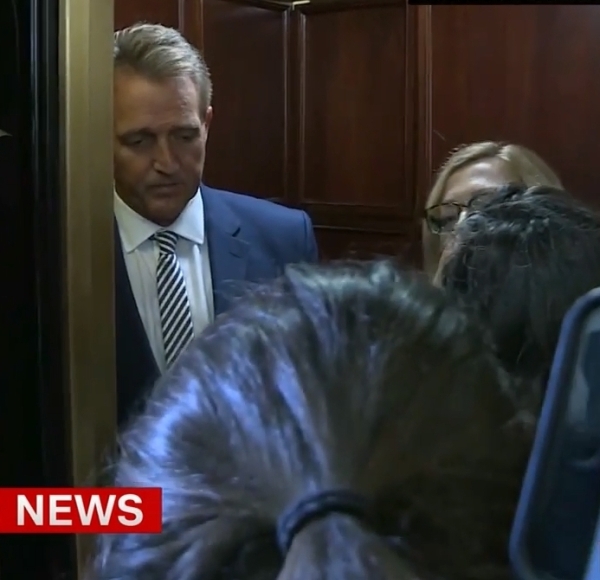 
Senator Jeff Flake (R-Ariz.) announced he would be voting for the confirmation of Brett Kavanaugh at 9:25am in the Hart Senate office building. Six minutes later, Senator Flake met Maria Gallagher and Ana Maria Archila at a fourth floor senators only elevator.

Archila started, then Gallagher told Senator Flake, “I was sexually assaulted and nobody believed me. I didn’t tell anyone, and you’re telling all women that they don’t matter.”

“Don’t look away from me! Look at me and tell me that it doesn’t matter what happened to me... that you will let people like that go into the highest court of the land and tell everyone what they can do to their bodies.”

Flake stared down with the elevator door propped open.

Reporters asked Flake if he had a response, and he replied, “No, I need to go to the hearing. I just issued a statement. I’ll be saying more, as well.” When the Senate judiciary committee voted to send Kavanaugh’s confirmation out of committee and to the full Senate, Flake announced that his support for Kavanaugh hinged on a new FBI investigation and said that he would not vote to confirm Kavanaugh without it.

Who knew a small, private elevator could lift everything up? 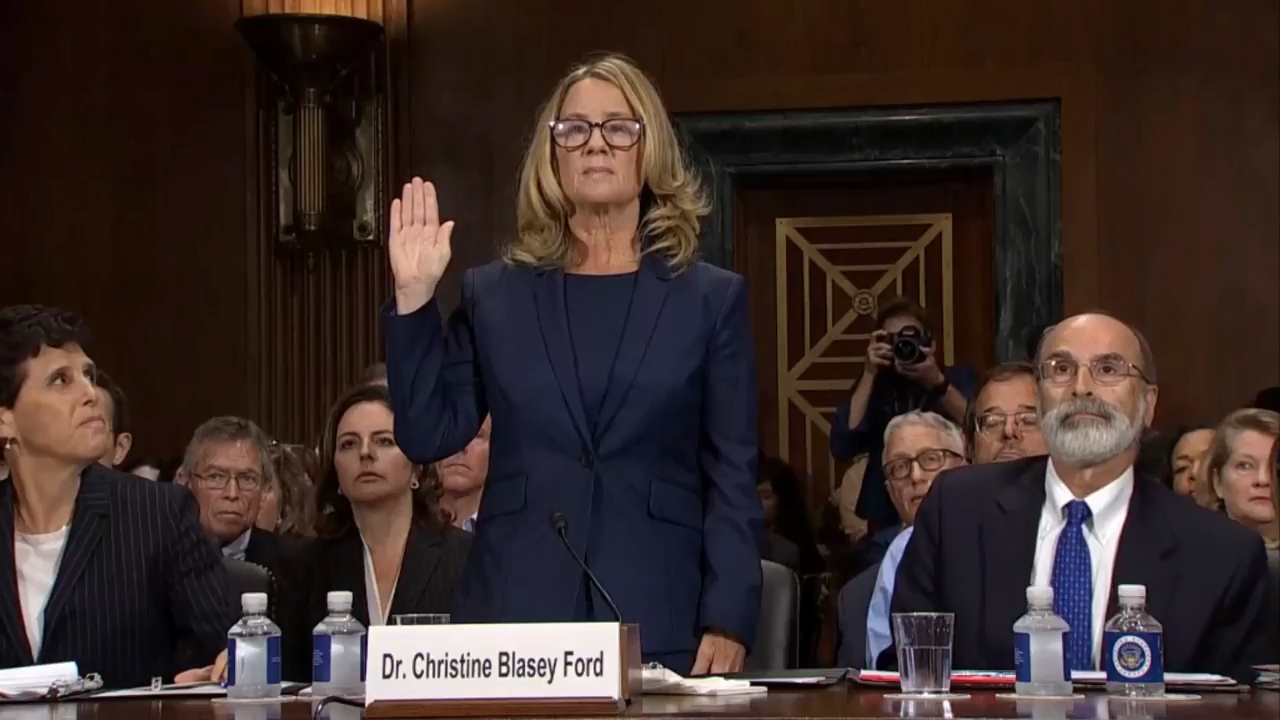 My eyes are watering while watching the testimony of Dr. Christine Blasey Ford this morning.

That this victim of sexual assault has been threatened and driven out of her home is worse than awful.

Dr. Christine Blasey Ford is incredibly brave to recount the worst moment in her life.

Of course, Mark Judge should be subpoenaed and the FBI should be called to investigate all the allegations against Brett Kavanaugh.

This is the re-victimization of the victim.


We must end violence and harassment against women and girls.

Dr. Christine Blasey Ford, Deborah Ramirez, and Julie Swetnick should be treated fairly, impartially, and with respect. Their stories should be fully examined without bias or prejudice. Certainly, enough stories about Brett Kavanaugh have come to light to warrant an FBI investigation.

Dr. Blasey Ford alleges Brett Kavanaugh and a friend steered her into a room at a party in the early 1980s. Kavanaugh violently pinned her down and tried to undress her, groping and grinding on her and putting his hand over her mouth when she began screaming.

Deborah Ramirez alleges Kavanaugh, also a freshman at Yale, exposed himself in front of her. Kavanaugh's Yale roommate James Roche believes Ramirez, saying, “I did not observe the specific incident in question, but I do remember Brett frequently drinking excessively and becoming incoherently drunk.”

Julie Swetnick alleges Kavanaugh and his friend Mark Judge at high school parties would get girls “inebriated and disoriented” so they could be “gang raped” by a group of boys.

2018 must raise a higher standard than the backlash Prof. Anita Hill received in 1991 for accusing Justice Clarence Thomas of sexual harassment.

“He should be forced to account for all that and defend his actions. It may not be our job to impose sanctions on him, but it is our job to make his pattern of revolting behavior clear, piece by painful piece. Aren’t we failing to fulfill our duty to the American people if we willingly ‘conspire’ with the [Justice] in an effort to conceal the true nature of his acts?”
– Brett Kavanaugh, August 15, 1998 memo
#MeToo
Music Association: Nickelback - Figured You Out 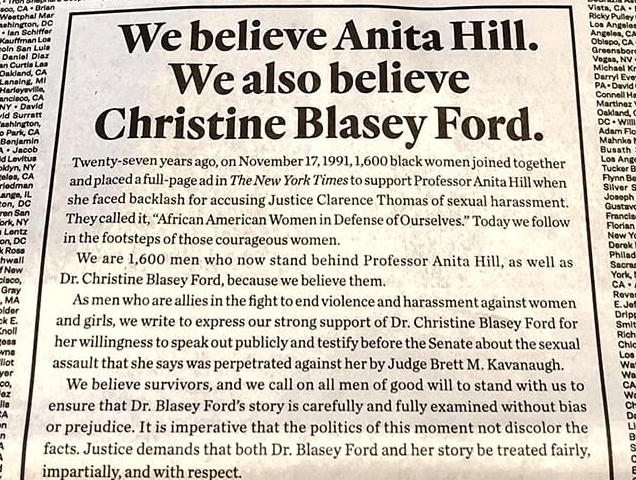 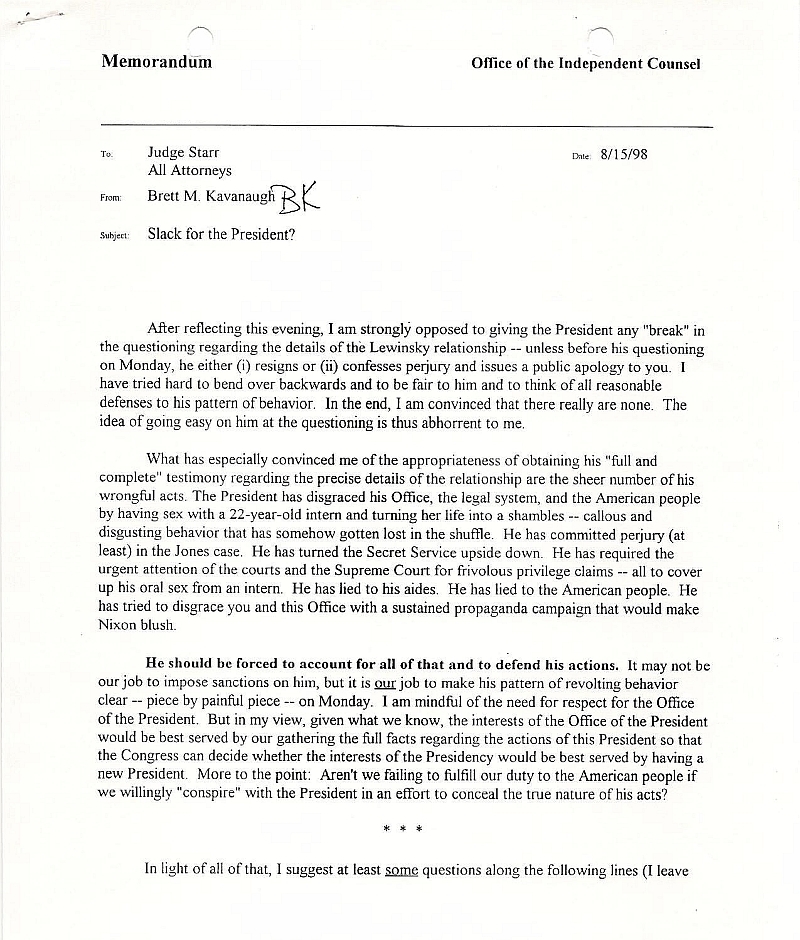 “It's too soon to start throwing out the towels, Mr. President.”


By the Numbers
Florence Visits The Carolinas
September 13, 2018 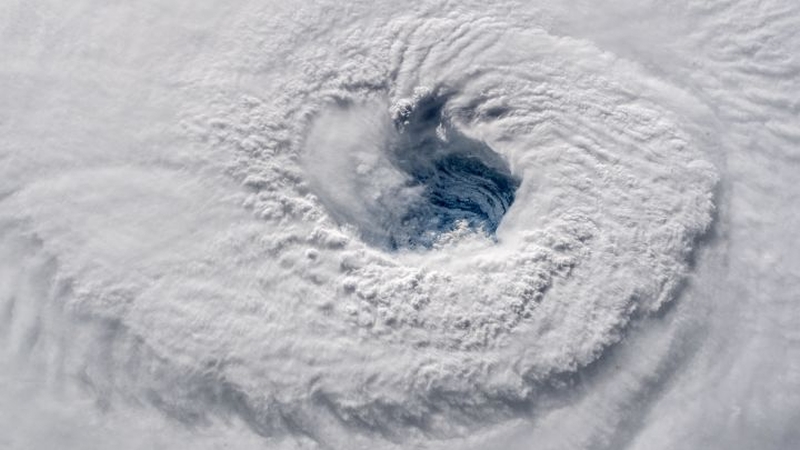 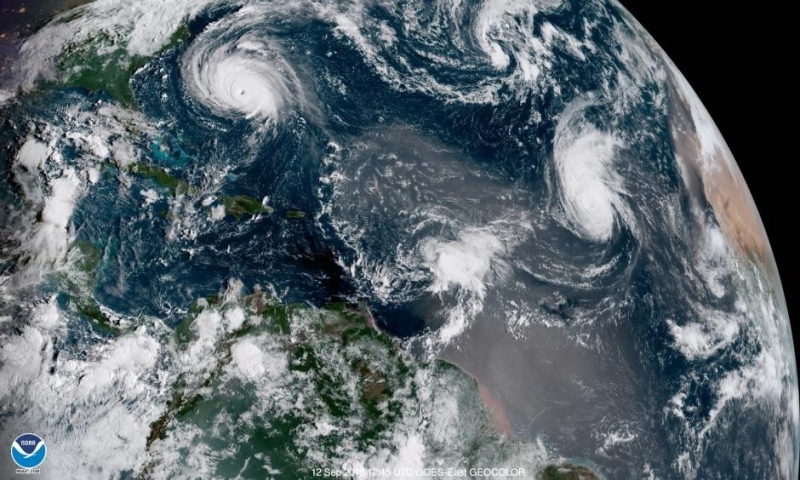 Hurricane Florence, a category 2 hurricane, is bearing down on North and South Carolina today. Two of South Carolina's busiest highways, Interstate 26 and US 501, are westbound only for evacuations. Florence is expected to park for days and is expected to produce catastrophic flash flooding. That makes Flo the most annoying Flo since the Progressive Insurance advertiser.

A few months ago, the Trump administration relocated $9.75 million from FEMA's regional operations, response and recovery, and mission support budget over to ICE to detain and deport thousands more migrants (12,800 migrant children in September). Trump change. And 20,000 pallets of spoiled bottled water still sit on a runway in Puerto Rico after FEMA's bungled Hurricane Maria assistance, where 2,975 people died from the storm. What could go wrong?

On the other side of the world, Super Typhoon Mangkhut-Ompong has sustained winds of 180 mph and is expected to hit the northern Philippines late Friday or early Saturday (Sept. 15), threatening 10 million people.

The Difference One Person Can Make
87 Elephants Slaughtered
September 4, 2018


The bodies of 87 elephants have been found near the Okavango Delta wildlife sanctuary in Botswana, killed and stripped of their tusks.

The government of Botswana disarmed its anti-poaching units in May, a month after President Mokgweetsi EK Masisi was sworn into office.

Botswana is home to the largest elephant population in the world. Large-scale poaching was rare before guns were taken from the anti-poaching forces, reports the BBC.


President Masisi is just now returning from China, the top importer of elephant tusks... along with the Philippines, Thailand, Vietnam, and the United States.

Music Association: Fleetwood Mac - TuskWarning: the images of slaughtered elephants in news links are very disturbing
And it's been 12 years today since Steve Irwin went to that great animal sanctuary in the sky.

It's great to see flags lowered to honor the life of Aretha Franklin.


John McCain deserves that honor too, as a war hero and distinguished senator, if you ignore that domino he toppled over in 2008, which led to this.