Mooniversary
50th Anniversary of the First Manned Landing on the Moon 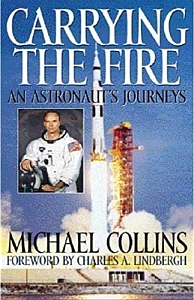 
As the Apollo 11 command module pilot, Mike Collins flew Neil Armstrong and Buzz Aldrin to the moon and back fifty years ago. Reading his 1974 book, Carrying The Fire, I understand him and see a bit of him in me.

Collins wore an eye-patch over his eye while in orbit around the moon. He did acrobatics in a T-38 just days before lift-off. He explained Velcro. And he was first to get into his spacesuit before leaving for the launch pad.

There are reasons for all of that but I have to encourage people to read his book.

I will explain two moments Collins had before lift-off that remind me of me.

You know the video showing the astronauts walking in a hallway or a gantry heading for the Saturn V rocket? Each astronaut is carrying their portable oxygen suitcases. Armstrong is first, then Collins, and then Aldrin. Collins is hiding a brown paper shopping bag between his white oxygen suitcase and his spacesuit. At first I couldn't notice it, but then I couldn't not notice it. Billions of dollars of preparations and equipment, plus one brown paper grocery bag. Collins was carrying a going-away present for Guenter Wendt, the technician in charge of getting the crew into the command module. As Neil Armstrong was getting into the spacecraft, Collins gave a Trout Trophy with a minnow on it to Wendt.

Prior to launch, laying on their command module couches from left to right are Armstrong, Aldrin, and Collins. The most critical control in the room full of controls is the abort handle just past Armstrong's left knee. A simple 30 degree turn of the handle will fire three solid rockets above them to yank the command module, the uppermost part of the Saturn V rocket, up and sailing over to the Atlantic Ocean. Not exactly a control to bump into unnecessarily, but Collins noticed “a horrifying thing. A large bulky pocket has been added to Neil's left suit leg, and it looks as though if he moves his leg slightly, it's going to snag on the abort handle. I quickly point this out to Neil, and he grabs the pocket and pulls it as far over toward the inside of his thigh as he can, but it still doesn't look too secure to either one of us. I can see the headlines now 'MOONSHOT FALLS INTO OCEAN. Mistake by crew, program officials intimate. Last transmission from Armstrong prior to leaving launch pad reportedly was 'Oops.'” 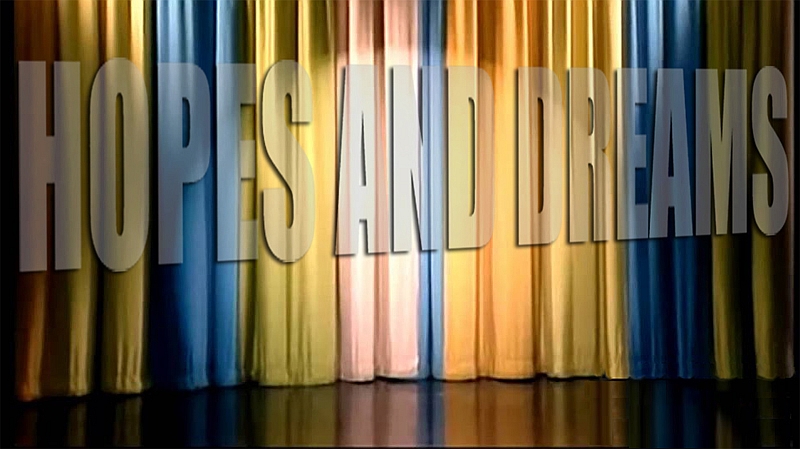 Thank you, very much! It's great to be in Burbank, the only bank without any interest. And speaking of not having any interest, did you hear about President Trump --

Last week, President Trump spoke in front of a fake Presidential Seal. It had a two-headed bird, golf clubs instead of arrows, and a wad of cash instead of an olive branch. No one noticed or had any interest. None of you have any interest!

Well, did you hear about the preparations for next year's Olympics in Tokyo? They're making the Olympic medals out of recycled computers and electronics. Yes.

And (Johnny's voice cracks) -- there will be a few new medaling categories:
You see, it's all about recycling...

Uh. Speaking of meddling, back in 2016 the Russians tried to hack the election in all 50 states. Some bills to help prevent future election hacking were stopped by Senator Mitch McConnell.

Are you booing me or McConnell?

Kentucky is calling him, Moscow Mitch. They've put up billboards. When asked for a comment, McConnell said, “Nyet.”

Hey, you're in a great moon tonight. Did I say mood or moon?

Stick around and we'll be right back!

Spaced Out
Moon Step
July 20, 2019
50th Anniversary of Stepping on the Moon


Neil Armstrong got it wrong.

Neil Armstrong was a fighter pilot who flew seventy-eight combat missions in Korea with Navy Squadron VF-51. On a September 3, 1951 bombing mission, the wing of his Panther F9F fighter jet was cut by an anti-aircraft cable. Armstrong kept a cool head and managed to fly to South Korean airspace before ejecting. After he graduated from Purdue and while a reservist at the Glenview Naval Air Station, Armstrong married Janet Shearon on January 28, 1956 at the First Congregational Church of Wilmette. They had three children: Eric (Rick), Karen (who died from a brain tumor), and Mark.

Two months after getting married, while a test pilot for NACA (predecessor of NASA) out of Edwards Air Force Base, Armstrong was co-pilot of a B-29 superfortress which was to air-drop a D-558 Skyrocket from its wing. While at 30,000 feet, the number 4 engine stopped. The propeller began to rotate freely and spun so fast it disintegrated, damaging the number 3 engine. Commander Stan Butchart and co-pilot Neil Armstrong used just the number 2 engine to make a slow circling descent and land the B-29 safely.

On March 16, 1966, Neil Armstrong and David Scott flew on Gemini 8 with a mission to rendezvous and dock with an uncrewed Agena target vehicle in Earth orbit. After docking, the combined spacecraft began to roll. Out of contact with Mission Control, Armstrong tried to compensate with the Gemini's thrusters* without success. He released the Agena, which caused Gemini 8 to spin faster. The thrusters only seemed to make the spin worse. While spinning like a top (technically, 300° per second, according to Michael Collins), Armstrong reached up and fired the Reentry Control System (RCS) and turned off the thrusters. A recent biography based on tape-recorded interviews had Neil Armstrong saying the thrusters had shorted. It fired when they didn't want it to fire and didn't fire when they did want it. According to a Boeing source, damaged wiring caused one of the thrusters to stick in the On position, or as Collins says in Carrying The Fire, “a continuously firing thruster caused by a short circuit in the wiring to the thruster.” Again, Armstrong kept a cool head.

On July 20, 1969, Neil Armstrong took manual control of Apollo 11's Eagle lunar module, after seeing they were headed toward boulders the size of cars. Meanwhile, the computer announced 1202 and 1201 data overflow alarms due to Buzz Aldrin leaving the docking radar (the Rendezvous Radar) on during the landing process.**

With all due respect to the late, great Neil Armstrong -- astronaut and hero -- no, the stepping on the moon was the significant moment.

It wasn't the first time a vehicle had touched the moon.

Music Association: Van Morrison - Moondance
* By thrusters, I mean Gemini's Orbit Attitude and Maneuvering System (OAMS).
** In the 2007 documentary, In The Shadow Of The Moon, Buzz Aldrin says, “The landing radar was now beginning to receive signals and being Dr. Rendezvous, no matter what the checklist said, I was going to leave the rendezvous radar on and active so if we had to abort, it was on and working and we could reacquire Mike [Collins] as soon as possible if we had to go back up.”


I'm reading Carrying The Fire by Mike Collins. Don't tell me how it ends! 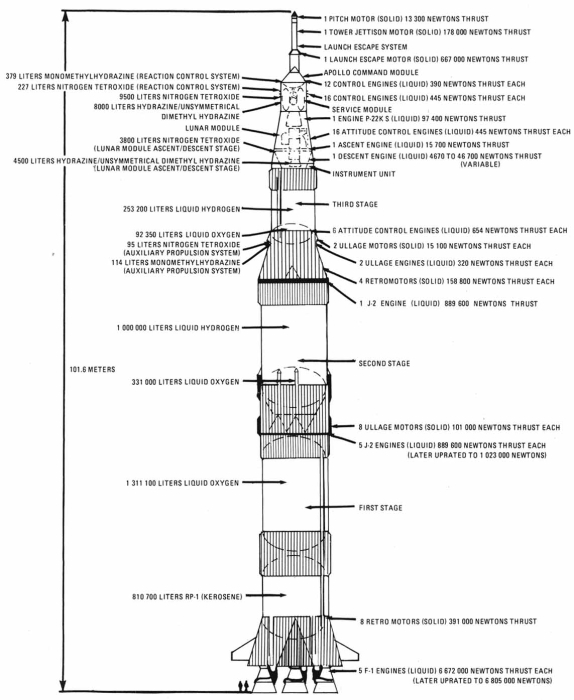 Collins was a test pilot at Edwards Air Force base. He performed a spacewalk on Gemini 10. And he commanded the Columbia command module on Apollo 11, but I'm not at that part yet.

Early on in the book, he commends Houston as the location for mission control, “I can't imagine calling from the moon with, ‘Say, Minneapolis, we have a problem up here.’”

Collins is so crystal clear on details of astronaut training and NASA chronology that it puts all those Apollo documentaries to shame. When I watch a documentary on any subject I know anything about, I evaluate them by how many new things I learned, how many things are grossly oversimplified, and how many things they clearly have no clue about.*

After describing everything leading up to the launch of Gemini 10, Collins asks himself the most frequent question, “How long does it take to train for a flight?” He then responds on page 197, “I hope you are sufficiently bewildered by the events described so far in this book that you don't know the answer because I don't either. ” I guessed his lifetime. He starts with the six months preparing for Gemini 10, but then added to that the six months preparing as backup for Gemini 7. He adds all the Basic Grubby Training of orbital mechanics, jungle training, centrifuge, zero-G airplane rides, and pressure suit work across the country but primarily in Worchester, Massachusetts. But omitting all the years as a test pilot would be a mistake because it taught how to be cool under pressure, memorize details, report details, and follow up on corrections. He says, “... it had taken me thirty-five years to reach crew quarters at Merritt Island, Florida” and he felt ready.

Gemini 10 pogo-stickingly launched. But right after the Titan rocket first stage engines cut out and the second stage started up, the first stage tank ruptured and blew up. The Gemini 10 spacecraft was undamaged by the blast. After docking with an Agena spacecraft, they used Agena's engine to increase Gemini's altitude to a (then) record-breaking 475 miles up. On their way to meet up with a second Agena while preparing for a stand-in-the-doorway EVA (Extra Vehicular Activity), Houston's Deke Slayton complained that John Young and Mike Collins were too quiet. Houston wanted to talk baseball while Collins was trying to work through a 131 step EVA checklist.

Did Houston want to know about the knee pain Collin's had endured? Or the two pictures of voluptuous, beautiful women someone had secretly affixed to the Gemini 10 sunshades?!?

After a complex, second EVA, Collins took a moment to see the superbright world moving by every ninety minutes without doom or gloom, only optimism. That's Collins, the Michael Palin of astronauts.

Both are optimistic, ex-smokers turned runners, writing with matter-of-fact ease.


Music Association: Sinatra - Fly Me To The Moon
* A show purporting to explain why the Beatles broke up was so laughably sloppy on information, I was surprised they got Paul's name right.